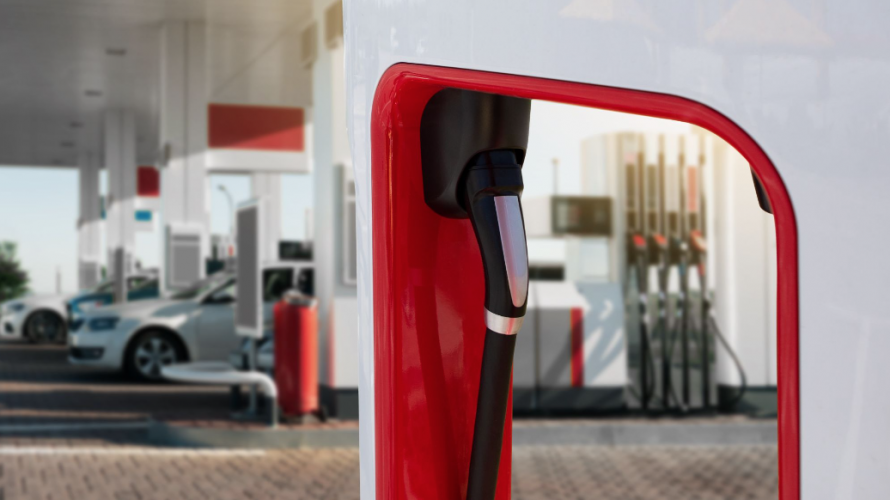 The State of EV Charging Stations at Convenience Stores

Gas stations are a familiar part of any long drive. Out on the open road or on congested city trips, gas stations are vital to ensuring drivers don’t get stranded. But for those driving electric vehicles (EVs), most stations are sorely lacking in charging options.

In June of 2021, fuel retailer 7-Eleven announced plans to install 500 direct-current fast charging ports at 250 locations across North America by the end of 2022. The chargers will join 7-Eleven’s existing network of 22 charging stations, located in 14 stores across four states.

And while adding 500 to an existing 22 chargers might sound like a substantial increase, when compared to 7-Eleven’s 9,522 locations across the country, it’s clear that EV chargers remain a minuscule part of the company’s fueling options.

Right now, at least, it doesn’t look like many fuel retailers are making the push to invest heavily in EV charging options. And that’s due to a number of factors.

On a road trip across the country, knowing when and where you’ll find the next gas station is important. That’s why so many fuel retailers are set up along highways and major thoroughfares. But with most EV drivers in the U.S. traveling fewer than 50 miles a day, installing charging stations at interstate fueling stops makes less sense than it would for conventional vehicles.

Most EV drivers use their vehicles as commuting tools, charging at work during the day, at home during the night or both. And while there is a mapped-out route of charging stations that would facilitate a cross-country EV road trip, the odds of a family packing into their Tesla to go on vacation remain low.

As such, many fuel retailers outside of cities and urban areas don’t see the sense in catering to a clientele that doesn’t currently exist.

Charger Technology Is Still Too Slow

Unlike the few minutes it takes to fill up a tank of gas, most commercial EVs require around 30 minutes to reach 80% charge from 0%, even with the fastest chargers. That time might not seem like much during the work day or while running errands, but it’s still uncomfortably high for those simply looking to charge up quickly on the road.

In its current state, EV charger technology lends itself more to locations like office plazas or mall parking lots than roadside fueling stations and convenience stores. As the technology develops and charge times get faster, that might change. But right now, long charging times are a huge barrier to the installation of EV chargers at many gas stations.

High Cost of Making the Switch

Of course, the installation of lots of new equipment is going to come with a hefty price tag. Estimates place the average cost of installing a level 2 charging station – one that provides a full charge in 3 to 6 hours – at anywhere between $3,000 and $13,000, depending on quality and installation conditions.

And since fuel retailers and convenience stores will likely want the fastest chargers possible, that cost will be even greater. A level 3 charging station, providing a full charge in 30 minutes to an hour, costs around $50,000.

These high costs of entry will necessitate a consumer base of station owners willing to pay to make EV charging viable. And even if the general public wanted EV charging options, they might not be willing to foot the bill needed to make it worthwhile for the owners.

Horace Hobbs, chief economist for Phillips 66, said that charging at one of the company’s gas stations would be “awfully expensive” for the consumer, compared to charging at home.

Additionally, to make mass installation of EV chargers viable, fleet operators would likely need to have their vehicles use them as well, something Hobbs says isn’t going to happen in large numbers any time soon.

So Is It a Pipe Dream?

Not entirely. While there are several things that make it difficult for fuel retailers and convenience stores to add EV charging stations, it isn’t completely off the table.

For one, the addition of charging stations could drive more in-store traffic, but only if retailers up their offerings. Most people don’t want to sit in a gas station for half an hour while their vehicle charges. But if that station has comfortable seating, complimentary Wi-Fi, quality food options, a clean interior or other attractive features, that 30 minute charge time suddenly doesn’t seem so bad. And the time that those customers spend waiting for their vehicle to be ready is time they might spend purchasing things in-store.

Another reason fuel retailers and convenience stores might want to consider installing EV chargers is to maintain relevance as EVs become more widespread. While gas-powered vehicles aren’t going anywhere any time soon, fuel stores can stay ahead of the curve and establish themselves as legitimate options in the world of electric charging by adapting early.

Do you think gas stations will make the switch to electric charging en masse? Will EV chargers and fuel dispensers exist side-by-side? Let us know by reaching out to Inspire Advanced Transportation. 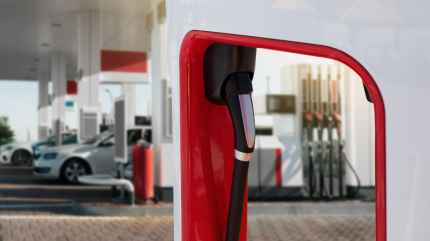 The State of EV Charging Stations at Convenience Stores 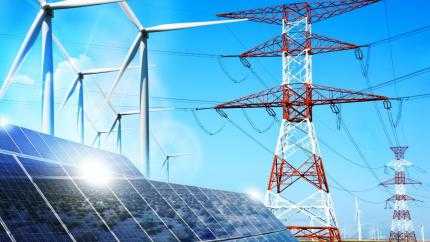 What EVs Mean for Power Grids Across the World 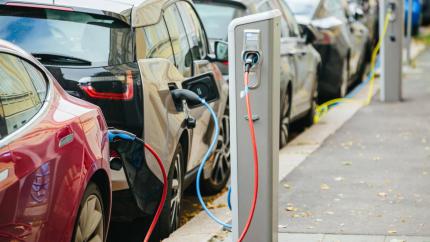